How To Use Humour In Speeches 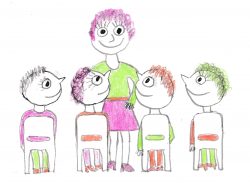 Put a smile on the faces of your audience

Because it makes us smile or even laugh out loud. We like to be amused, don’t we? So why would speeches be any different?

Humour is a powerful tool for any speaker and it can have tremendous benefits, even in serious speeches.

Humour can help to create a bond with the audience and put them at ease. Then they are more receptive to your message. It can help to influence them to your point of view.

When we laugh or smile, apparently it’s like throwing a little feel-good party in our brain. The act of smiling activates neural messaging that benefits our health and happiness. So why not invite your audience to join the party by injecting humour into your speeches?

But before we bring on the party, let’s just clarify what we mean by humour.

Humour isn’t the same as comedy. It isn’t about telling jokes. Comedy is planned; jokes are rehearsed and are unlikely to be relevant to a speech where you are trying to convey a specific message.

Humour is often spontaneous – a reaction to an audience comment perhaps. However, it’s a good idea to consider humour when you are at the planning stage of a speech or presentation. Even though planned, humour should feel natural, not forced.

Self-deprecating humour, particularly if used early on, can warm the audience to you. It makes you seem human and more genuine. Note: That’s not the same as making excuses for yourself.

In a business presentation, colleagues or potential customers are unlikely to be impressed by joke telling. Likewise if you are speaking at an event.

Often, being a speaker confers a certain amount of authority on you and suggests expertise in your subject. But it can make you seem a little remote. Well-used humour can break down barriers and help you connect with your audience.

How To Use Humour

There are various ways to use humour in your presentation or speech. The context will influence what is most appropriate for the occasion.

As your confidence grows, you’ll probably find it becomes easier, more natural, to throw in humorous off-the-cuff remarks. Generally, this works well and is a good way to connect with the audience. Particularly if you are poking fun at yourself.

But just give yourself a second to reflect on whether it is appropriate to the situation. Is the audience in the mood for such humour? This is particularly important if you are making fun at someone else’s expense.

Can you tell a story to illustrate a learning point that you are trying to communicate to the audience? If it’s personal or involves someone you know, it’s likely to be more meaningful. Especially if it’s an account of something that didn’t quite go to plan and there is learning to be gained from it.

A short, humorous story that illustrates a point makes it more likely your audience will remember and take note than if you just lectured them.

An unexpected change of direction that wrong-foots the audience can work very effectively, but only if related to something that the audience will be familiar with.

For example, if you were talking about property development you could start by saying, “Any estate agent will tell you it’s all about location, location and …” then pause briefly to allow the audience to complete the sentence with ‘location’. And you finish seamlessly, “… making a quick buck.” (Apologies to any estate agents reading this.)

Speeches are often on serious subjects. Sometimes they may even be emotionally challenging for the audience. If it is used appropriately, humour can give the audience some light relief in an otherwise serious presentation.

By providing light as well as shade, the power of the message can be reinforced. This was demonstrated by Bill Gates in a speech about malaria. He talked about how it has been eradicated in developed countries but not in poorer countries. He then said,

“Because the disease is only in the poorer countries, it doesn’t get much investment. For example, there’s more money put into baldness drugs than are put into malaria.” He paused briefly and then: “Now, baldness, it’s a terrible thing. And rich men are afflicted.” This gets a laugh and helps underline his point.

Gates talked some more about the devastating effects of malaria in poor countries. He then picked up a jar from a table beside him, opened it and said,

“Now, malaria is of course transmitted by mosquitos. I brought some here, just so you could experience this. We’ll let those roam around the auditorium a little bit. There’s no reason only poor people should have the experience.”

After the initial surprise there was much laughter. (By the way, the mosquitos weren’t infected.)

It is unlikely that anyone in the audience will forget the message Bill Gates was conveying.

Reflecting on Humour in Speeches

Not many of us will find ourselves on a major platform talking about such weighty subjects as malaria. But we can still deploy humour to benefit our presentations.

The way Gates contrasted baldness with malaria worked in the context of his speech. As did the surprise element of his jar of mosquitos. Similar approaches could be used in other circumstances.

However, humour shouldn’t be forced into a speech for the sake of it. It has to be a natural part. It’s best to develop the speech and then look to see where the potential for humour lies.

Often, inexperienced speakers make the mistake of continuing to speak when the audience is still laughing at something they just said. If you get a laugh, pause and let the laughter run its course.

By pausing you allow everyone to relax for a second or two and then re-focus on what you have to say.

If the audience doesn’t laugh when you expect them to, don’t worry, it doesn’t necessarily mean that they didn’t find it funny. They may well be smiling to themselves and enjoying your humour.

Using humour is a skill that can be learned. Watch how other speakers use it and the effect it has.

Try to inject natural impromptu humour in response to a particular situation or audience reaction.

And remember, by giving your audience the opportunity to laugh, not only will you increase your connection with them, but you will also be good for their wellbeing.