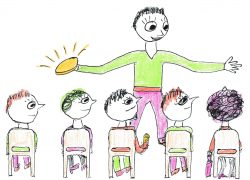 Put A Spell On The Audience

When you stand up to speak, what are you hoping to achieve?

Presumably you want to influence your audience in some way.

You may want to persuade them to your point of view. Or perhaps encourage them to take action in a particular way. Maybe you are offering advice and guidance to them.

Whatever your purpose, before you can influence them, you have to connect with them; to develop a rapport with them. Then your listeners will be much more receptive to your ideas. So how do you make that magical connection?

The Magic of Influence

Magicians use their ability to influence an audience to fool us when they are doing tricks.

In her book, How To Twitter For Business Success, social media coach, Nicky Kriel, tells of being at a presentation by Professor Richard Wiseman, a magician as well as a psychologist.

He demonstrated the ability to influence the audience very simply. Which hand is the coin in?

Professor Wiseman did the trick several times. And it appeared fairly clear which hand held the coin. But time and again Nicky was drawn to look at the other hand. Why? Because that was where the professor was looking. As she put it, “My brain knew what he was doing, but instinctively I moved my eyes in the direction he was looking.”

Of course, you don’t want to delude your listeners when you are speaking. But that doesn’t stop you from using a little psychology to help connect with them.

Presenters often ask the audience questions to try to involve them, as much as to extract information. But often people are reluctant to respond, particularly in a large gathering.

However, try asking a simple question where you think most people would answer ‘yes’. An example might be, “Who is nervous when speaking to an audience?” Now raise your own hand. You’ll find the audience response will be greatly increased. By such a simple action you will increase your connection with the audience.

A word of caution: Don’t ask questions that the audience might be reluctant to answer. That could alienate them towards you.

We may not like to admit it, but we all have a relatively short attention span. It is difficult to keep an audience really focussed on what you are saying for more than a few minutes. So you need to help by building in audience ‘relaxation breaks’ fairly frequently.

If you are speaking for any length of time, it’s a good idea to have a glass of water handy. Don’t be afraid to pause and take a sip occasionally. That brief pause will allow you to look at your notes and it will give the audience time to relax and then re-focus.

If it’s a business event or a wedding, the participants may have coffee, water or wine in front of them. If you take a drink, it provides the opportunity for the audience to do likewise without appearing to lose interest in your presentation. This was demonstrated at a wedding. Part way through his speech, the best man took a sip of water. Amusingly, virtually every person in the room lifted their wine glass for a quick slurp! 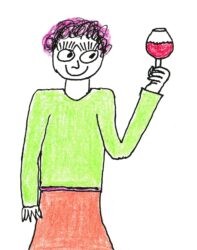 The Influence of Humour

If you can get the audience to laugh from time to time, it will help to connect with them. Laughter is contagious. Once one or two start to titter, it will influence others to do likewise.

Do you have a point in your speech that you hope will be amusing? Yes? Then you can help it to work with a bit of influence. As you deliver it, make eye contact with someone who you know is inclined to laugh easily. They will then trigger a reaction in others.

If it’s a big audience it will take time for the laughter to spread. Be prepared to pause for quite some seconds until everyone has settled again. Once more, this allows ‘shuffle’ time for the audience. By the way, it’s generally wise to avoid telling jokes. Natural humour usually works best and is more appropriate in most situations.

Classical symphonies are quite long, often around an hour. Typically, they are split into three or four movements – distinct sections, a bit like chapters in a book. The musical style is different in each movement. It is common for the conductor to introduce a brief interlude between movements. The musicians can relax for a moment or two.

The most noticeable aspect during those pauses is the audience shuffling in their seats and emitting the coughs that have been stifled during the music. The audience then refocus ready for the next movement.

To keep your audience’s attention and to maintain that connection with them, it’s important to break up your speech into sections, a bit like those symphonic movements. This is discussed in more detail in our articles on How to Plan a Speech and How to Structure a Speech.

“Don’t look at what people say, but how they say it.”
Stephen Joseph, professor of psychology at Nottingham University

The way you use your voice and your body language is important. We like to hear people who look and sound enthusiastic. However, this shouldn’t extend to coming over as slightly manic or making the audience feel they’re being lectured.

Interact with the audience if you can. React positively to anything you see or hear. If they laugh at something, don’t talk over them. Pause, let them laugh. Maybe make a comment if something relevant and appropriate comes to mind.

If you read from a script or have excessive notes, you’ll lose the ability to make eye contact with the audience. Eye contact is a powerful element in making a connection with the audience and allowing you to deliver a persuasive presentation.

Are you persuaded? Can you see how you can influence the audience to aid your speech or presentation? Try a bit of magic. Ask them a question where you want them to agree with you and raise your hand to encourage them to do likewise. Or take a sip of water to provide a natural break, allowing the audience shuffle time so they can re-focus on what you’re speaking about. And humour, especially if gentle and self-deprecating helps bond with the audience and, again, provides shuffle time.

But however much shuffling you encourage in your audience, above all you need to be genuine when you speak to them. If that means making the odd mistake or not saying quite what you’d planned, it is still far better than reading a script and sounding like you’ve bought the words from a speech writer you found on Google.