Techniques to make your presentation memorable 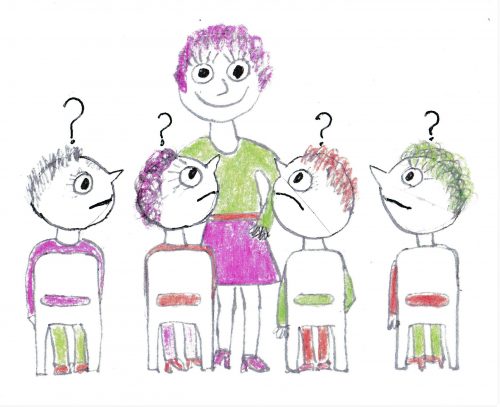 Do you want to help your audience to remember what you’ve said?
Yes, of course.

Would you like help to achieve that?
Yes, please.

Will reading this article be a good start?
Yes, it will.

Such remarks are often used to dismiss speeches, particularly in politics. Rhetoric is just hot air isn’t it?

Well, no. And we shouldn’t ignore the potential of rhetorical devices to add power to our words. They can help our audiences remember the key message of our presentations.

If you want to add a sprinkling of sparkle to your speeches or power your presentation performance, it’s time to rev up with rhetorical techniques.

Rhetoric takes many forms. Let’s look at some of them:

Alliteration is the repetition of the same letter or sound at the beginning of adjacent or closely connected words.

It’s easy to use but don’t overdo it.

When describing the unusual business of a lady in a coastal town, maybe it’s best to keep it simple. After all, while she sells sea shells by the sea shore, it would be so easy to sink in the sands as she shells she sells by the she sore.

Perhaps it might be better if she changed her occupation to coaching people to make successful speeches and powerful presentations.

And who knows, she may develop a liking for lists.

The power or rule of three can be used in various ways in speeches. Here we’ll consider deploying threes in list form.

Repetition of the same word means we are much more likely to recall it than if a single word is used. Tony Blair used the technique to state his priorities before he became prime minister:

Alternatively, it can be three different words, as credited to Julius Caesar:

Here the original Latin is more effective because all three words have four letters and start with ‘V’.

And if you want to know the key to a successful presentation, it’s “Planning, Preparation and Practice.”

When explaining his fondness for pigs, Winston Churchill took use of the list of three a stage further:

“Dogs look up to us. Cats look down on us. Pigs treat us as equals.”

Note the use of three short, broadly similar length sentences to make them easy to comprehend and remember. 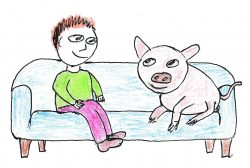 By arousing curiosity in the audience with a rhetorical question, you can make your point more powerfully. You can help your audience to remember what you’ve said.

In a business presentation you might list the problems a potential customer has revealed. This could be an effective way to demonstrate you’ve been listening to what they’ve told you. And then the question and answer:

“We’ve heard the problems that you are experiencing.

Now, how can we help you to fix them?”

You then go on to identify the solutions you can offer.

And don’t be afraid to take a well-known quote and recycle it.

Perhaps the simplest and most commonly used rhetorical device is the question we ask which we do not expect the audience to answer.

“Why have we all come here tonight? Is it because we want to become great orators? Or simply that we want to speak more effectively in everyday situations?”

When Neil Armstrong stepped onto the moon, he might have been forgiven for standing in silent astonishment. Or perhaps exclaiming, “Blimey, we’ve made it!”

While Armstrong’s, “One small step for man; one giant leap for mankind” may have sounded a little artificial in the circumstances, they’re certainly words we still associate with that extraordinary day in July 1969.

Using contrasts is another effective way to bring a speech to life.

Barack Obama’s presidential victory speech made use of contrasts:

“… through the best of times and the darkest of hours …”

Prefaced by considering whether anyone doubts change is possible he continues:

“It’s the answer spoken by young and old, rich and poor, Democrat and Republican, black, white …”

Of course, there’s another use of contrast that many of us may have spoken: “For better or for worse; for richer or for poorer …”

And then there’s good advice from Abraham Lincoln, “Better to remain silent and be thought a fool than to speak out and remove all doubt.”

Repeating the same word in quick succession or a phrase spread through a speech works in different ways. In the case of the repeated word, it makes it stand out from the other words surrounding it.

With a phrase repeated throughout a presentation, the audience starts to anticipate it, to listen out for it. And so it imprints itself on their minds. It helps them to remember.

We can see these uses in the next section.

Tony Blair prefaced his famous quote with a question:

In his presidential victory speech in November 2008, Barack Obama used the phrase “Yes, we can.” seven times. He used it towards the conclusion of his speech at the end of paragraphs to underline his belief that changes were possible. Although separated by a sentence or more, in effect it utilised the list principle mentioned earlier, albeit with seven uses of it.

In the latter part of the speech, Obama tells of an African American woman he met on the campaign trail. She was 106. Over several paragraphs he lists the changes she’s seen in her lifetime, using a variety of rhetorical techniques:

“A man touched down on the moon, a wall came down in Berlin, a world was connected by our own science and imagination. And this year, in this election, she touched her finger to a screen and cast her vote, because after 106 years in America, through the best of times and the darkest of hours, she knows how America can change. Yes, we can.”

Can we use rhetorical techniques in everyday talks and presentations?

Will they add sparkle to our speeches and pep up our presentations?

Should I sell sea shells on the sea shore?

For a more in-depth study of rhetorical techniques, plus guidance on all other aspects of speaking, Professor Max Atkinson’s book, Lend Me Your Ears, is recommended reading.

If you are in the Bromsgrove area, why not book a taster evening with us?

Not near Bromsgrove? Then the Association of Speakers Clubs or Toastmasters may have a club near you.